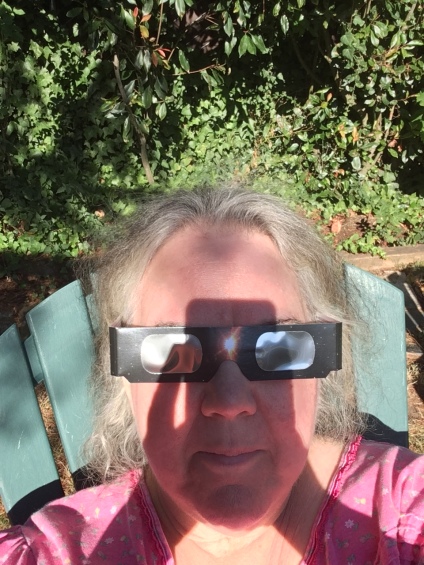 Lucky to be in the line of the solar totality, my iphone slowly moved across my face causing a partial selfie-clipse. 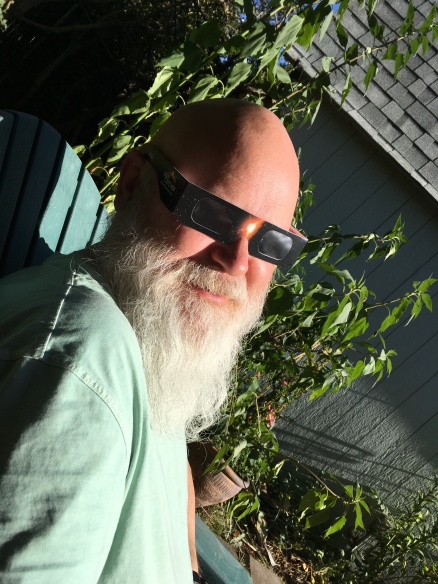 We tried a variety of ways to take pictures of the event, including Robert using his phone inside his welding mask.  Sadly, we ended up with forty or so pictures of … the sun. 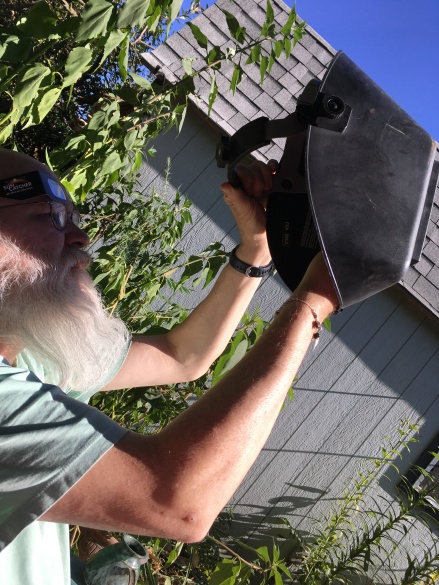 Our most successful pictures were those using a pinhole in foil and shining that image on paper. 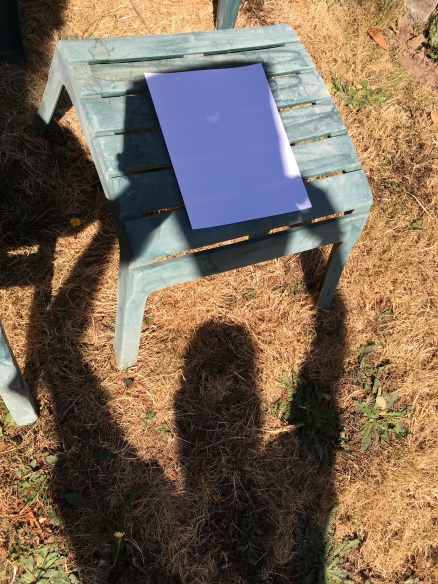 I was most eager to experience the totality, since I have seen several partial eclipses in the past, but never one with direct coverage.  I was not disappointed.

Some of the things I had hoped for didn’t really happen: birds stopping their song, crickets singing, total darkness.

What did happen in our back yard: a neighbor narrating the event to a disinterested toddler, a couple loudly saying “look at that” over and over again, a neighborhood of viewers cheering during the moments of totality, and several people setting off fireworks.  The crickets didn’t have a chance.

I guess what surprised me the most was the temperature drop, and drop it did.  I also admit I cheered seeing something so dramatic and rare in the sky.  I understood the mechanics from science class (and the endless tweets and FB pages).  Yet, I could not help to be awe-struck by the majesty of the event.