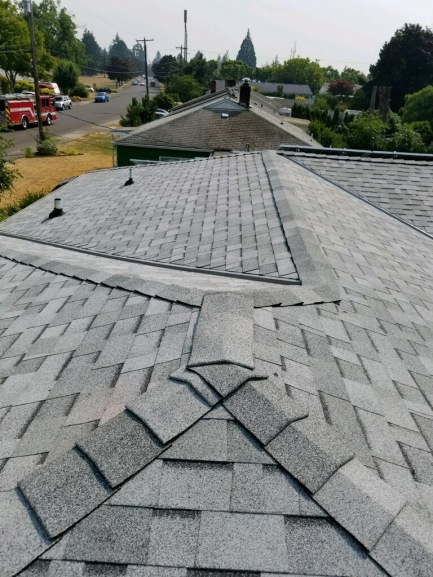 Living in “the valley,” our Oregon temperatures are relatively mild, which I like.  We get a few hot days in the summer and a couple of snow storms in the winter.  The rest of the seasons, we joke, include hot, warm, cool, or cold rain.

If you are having your home re-roofed, you want to pick a time that is dry, but not too hot.  The heat advisory in triple digits coincided with our re-roofing.  I worried about those guys, but they cheerfully showed up around 7 each morning and worked until 3.

Let’s just say that the fine folks from Valley Roofing didn’t need a gym membership.  They exercised, did weight lifting, and had a sauna all in one job.  My husband would take them out cold water during breaks and ice cold watermelon and grapes during lunch. 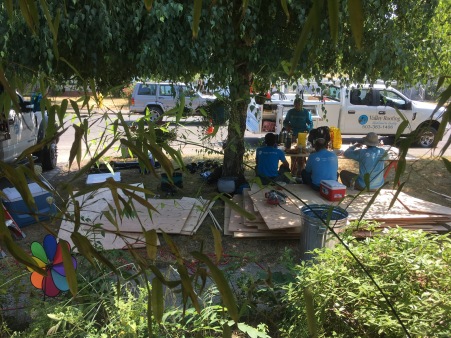 We appreciated their hard work, all in tripel digits.

Once I saw that they were all tethered to the roof, I no longer had visions of them fainting and rolling off. However, the noise is what got me.  I don’t know if I would survive in a big city with constant construction.  It was not just the hammering, but the compressors and the ‘bang’ when shingles fell into the truck.  By the end of the three days I was on my last nerve.

I dont have the answers, just a lot of questions.