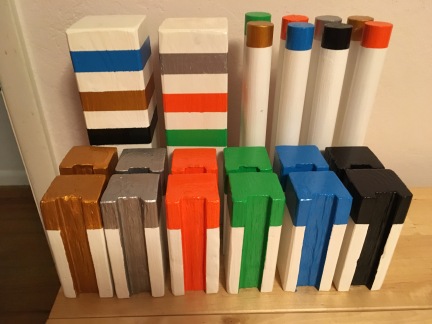 While thinking about our grandchild’s birthday party at a park, I wondered what field games could be played with the variety of ages in attendance.  My brother, who was visiting at the time, introduced us to Kubb, a game from Sweden he had heard about.

There was a great deal of information on YouTube and Google about the game.  A few of us watched several videos and thought it would be a splendid game….and one we could make rather “easily.”  Lincoln and I discussed colors and how to change the original rules to something more birthday-friendly.

My husband, who can make anything, bought a couple of dowels, a piece of wood, and gathered some wood from a wooden pallet.  He cut everything to size and rough sanded the pieces. 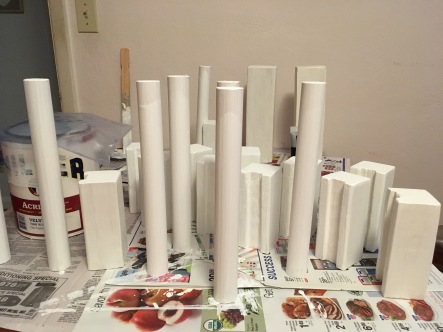 I took over the blocks and painted them with used paint from the garage.  It took a while, but it helped to give the wood two-three coats.

The next step took the longest.  I taped off each block and baton in preparation for the colors. 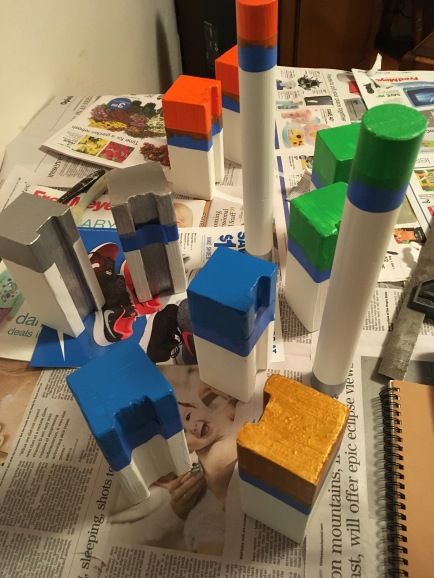 To say this step took hours would not be hyperbole.  Still, it was fun to see the colors bring the set to life. 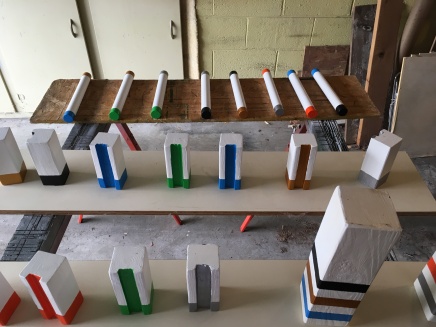 Once the set was painted two or three more times, everything was handed back over to my husband who sprayed a sealer on the entire set.  Yes, several coats. 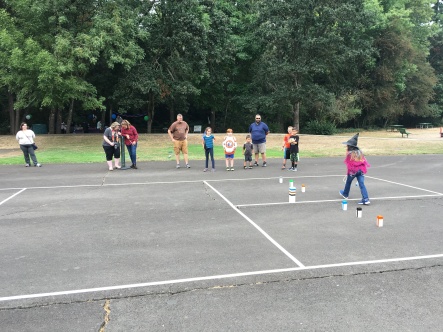 The game turned out to be a lot of fun.  After the kids played a couple of games, the adults played as well.  It was a success, and a game I hope we will play for years to come.