How it all began…

After knocking around Twitter for a time, I fell into a wild crowd. I became part of a global community using hashtags like #FP (Friday Phrases), #Iamwriting, and #writingcommunity. At first I stayed in the shadows. One Friday a tweet formed in my mind. I don’t even know where it came from. I checked my word count, and hit “tweet.”  The earth didn’t shatter. No one replied, “Get off, this is for writers.”

So I challenged myself to post at least one tweet each Friday. I noticed that keeping my words under 140 characters helped my wordsmithing skills. I kept coming back. The participants were encouraging and during the week would often speak of their “works in progress.” Some were published authors, others just loved words and sharing thoughts.

After a few months participation, and meeting some of the most lovely people around the globe, the oddest question popped into my mind. What if I was a goldfish? Of course I knew about “fish out of water” themes in movies and books. But, what about a real fish? What would she have to say? And just like that, Goldfish Diaries was born.

For over two years she would come to the surface each Friday and play the #FP game. With the encouragement of those on twitter, I started drawing this precious being with a big heart and so much to learn from the world. And now she has her own book, which I share with you. 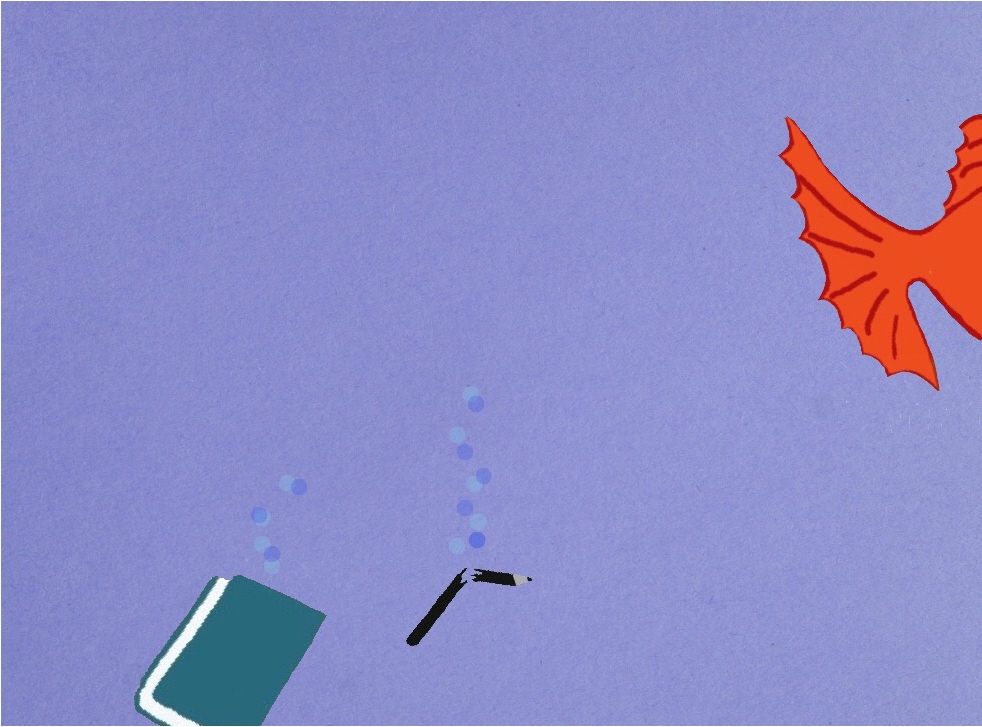 A side effect of being a first time mom, I’m both proud and protective.

A silent storm passes Snail’s face as she watches the two boy fish wrestle and flip grime on her glistening tank walls. 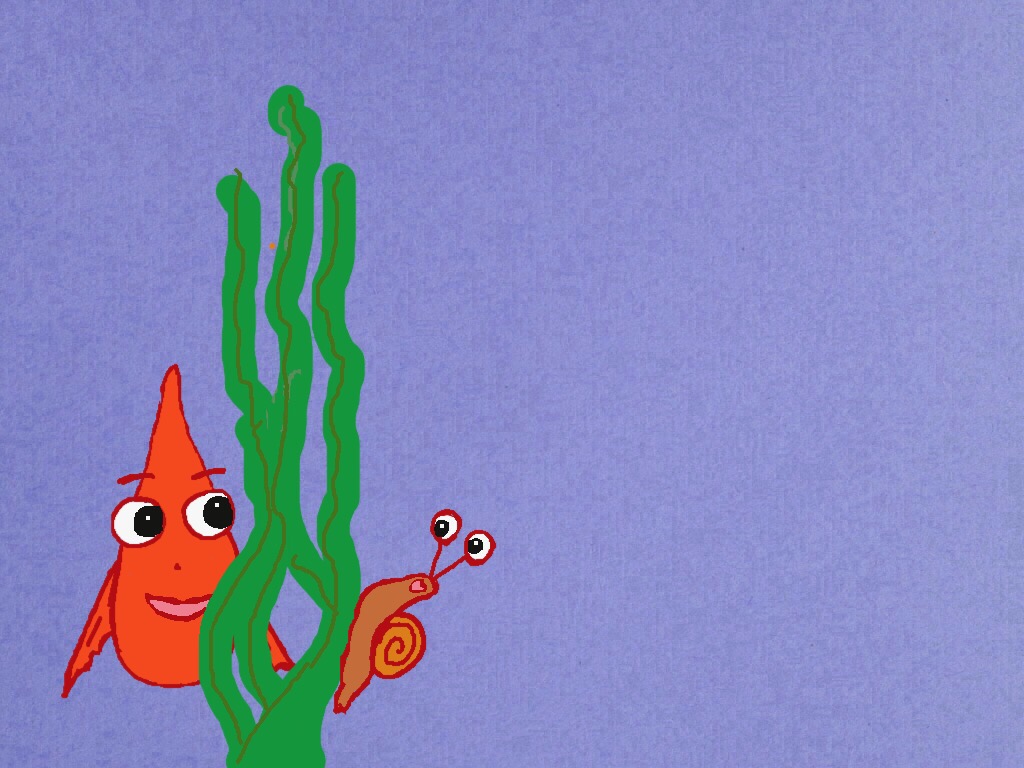 “Because we have different physical attributes, the games we play are more cerebral.”

At least that’s what Snail says. 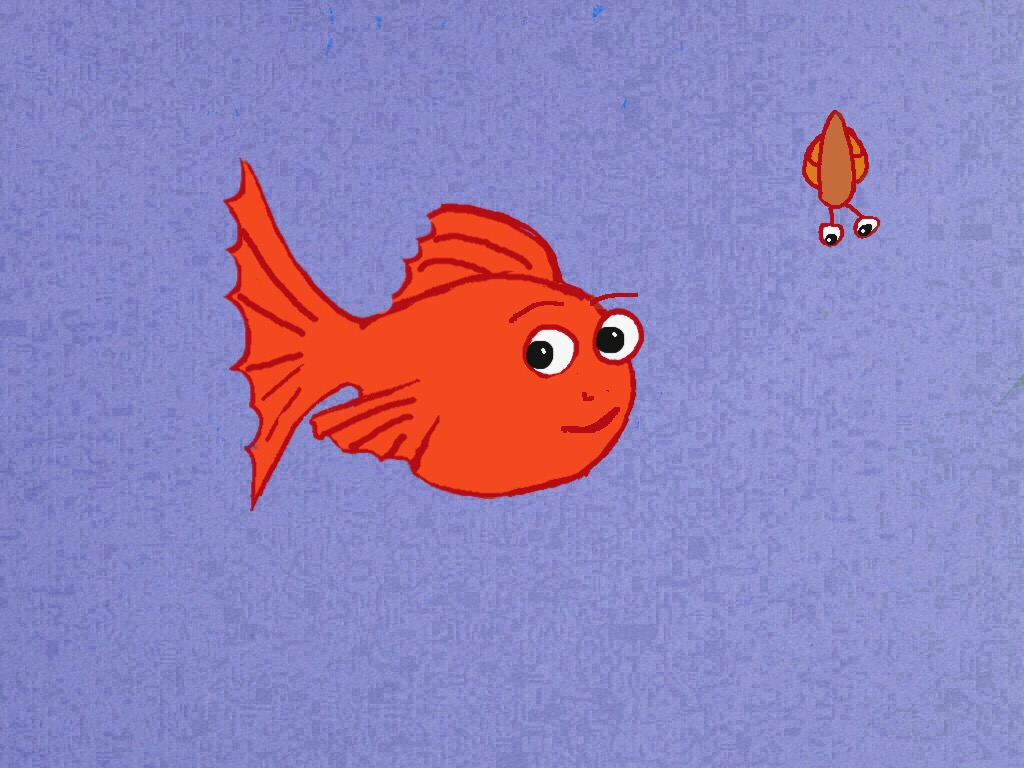 Snail used to live in the city.

Experimenting with graffiti, Snail spent hours spelling “clean me” in reverse with tank slime.  We giggled for hours. 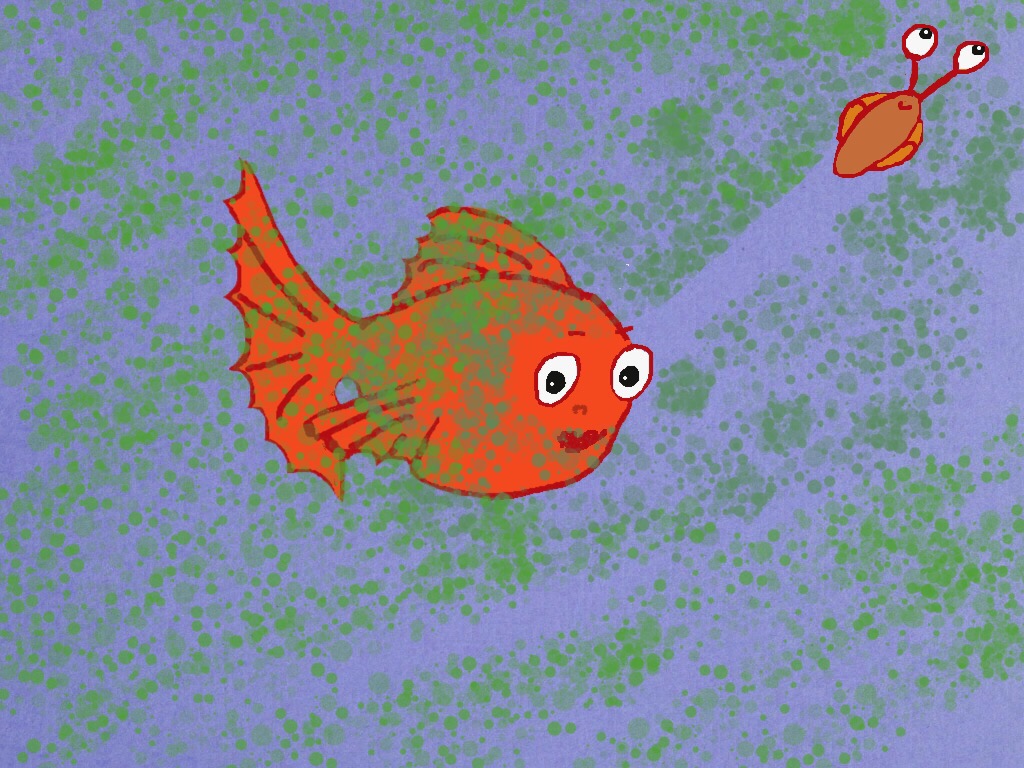 Wish I had the discipline of Snail who takes such pride in the everlasting back and forth of cleaning the tank 24/7.

Snail’s response was not to point out my foolishness, only to kindly explain that I knew nothing of snail mating. 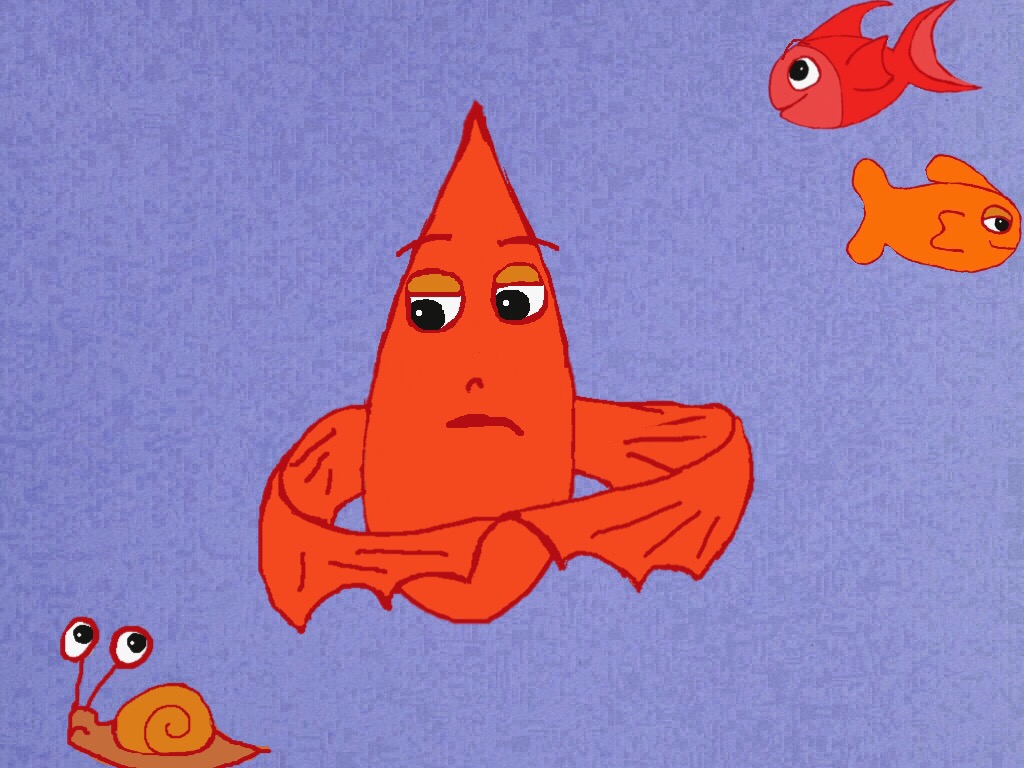 Instead of two boy fish, perhaps the best thing ever would have been to wish for one male fish and one male snail.